The Indepedence Day was celebrated in our school with pride and patriotic fervor. Squadron Leader K.Balachandran, Air Force Station, Tamabaram, was the chief guest. He unfurled the National Flag and the guard Of honour was taken by the students. Students gave speeches on the rich heritage of our country. It was followed by the flag song and patriotic songs by the school choir. The chief guet gave a very inspiring speech. He also inaugurated the “Heritage Club.”

School Events
GLOABAL SCHOOL PARTNERSHIP Our school received the prestigious International School Award from THE BRITISH COUNCIL in the year 2010. In continuation with this, the Global School Partnership agreement has been reached ...
READ MORE
CLASS X – 2011-2012
School Toppers FIRST PLACE with A1 in all subjects No.of Students with 10 points 28 SECOND & THIRD PLACE No.of students with 9.8 points 11 No.of students with 9.6 points 12 No. of Students appeared 146 No. ...
READ MORE 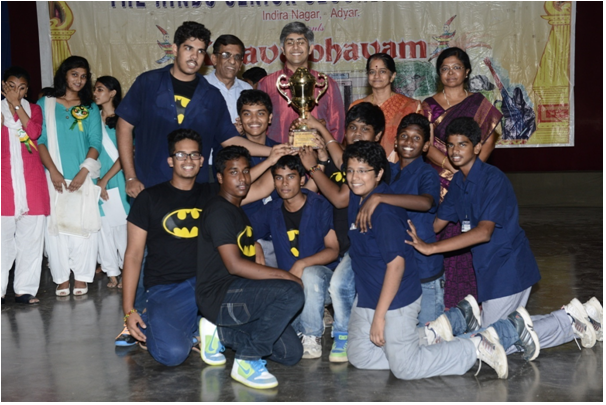 KALAVAIBHAVAM
The Hindu Senior Secondary School, Indira Nagar, Chennai -20 conducted the interschool cultural “Kalavaibhavam” for schools in Chennai on 1st & 2nd August, 2014.  There were many events like salad ...
READ MORE 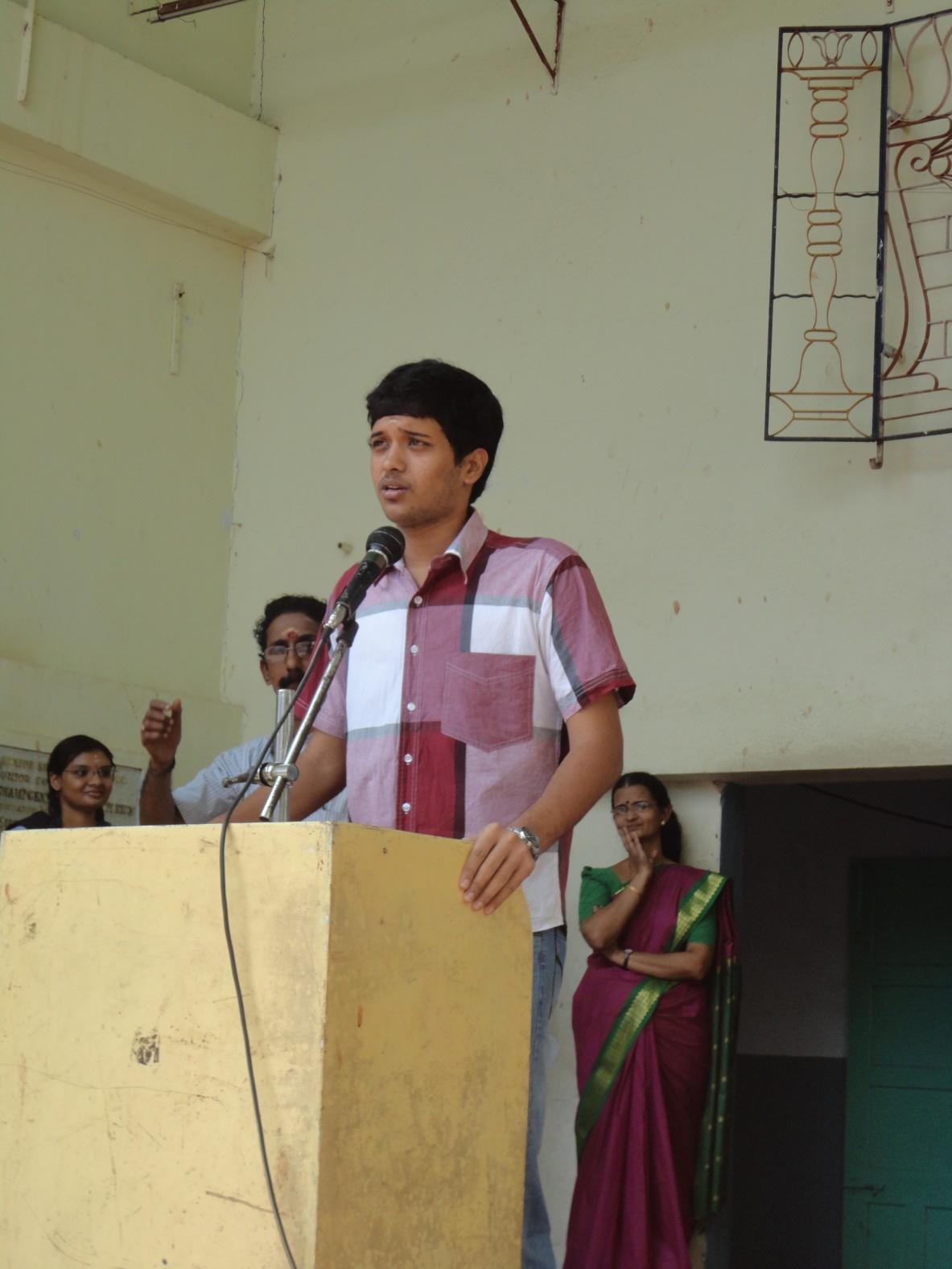 Mukund Ram addressing the school
It was yet another Monday morning. We students had already been burdened with a never-ending (two month long) wait for the results. But, finally the wait was to end as ...
READ MORE

Reading Day Celebrations at School
Reading books beyond school texts is an important aspect of education. To stress on the same point, we celebrated One Nation Reading Day at our school. The celebrations involved story-book ...
READ MORE 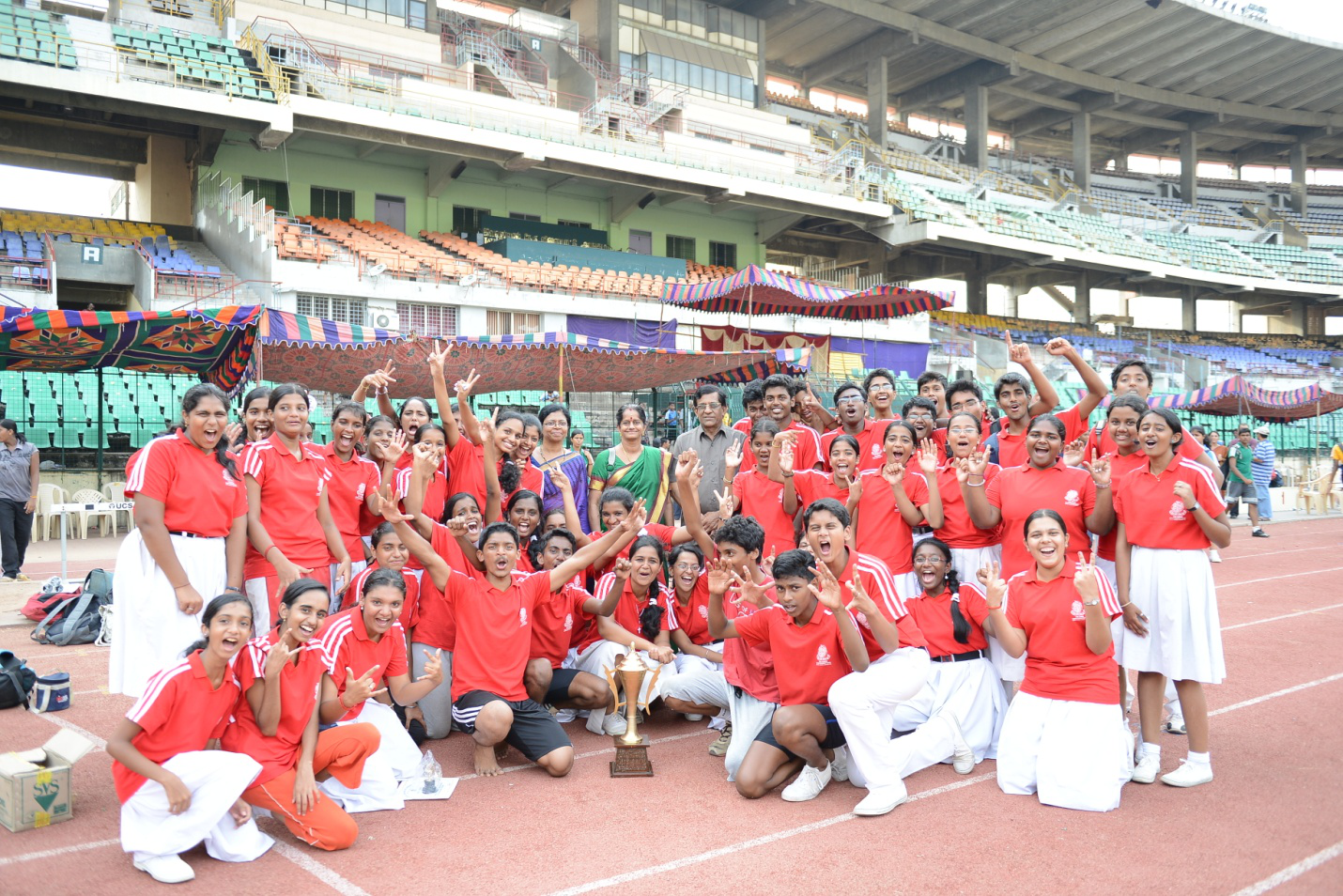 Sporting spectacle in the heart of the city- sports day
The 6th of August, 2012 was the day when weeks of practice and anticipation culminated at Nehru stadium. Vigorous efforts put into training by all the house teams ensured a ...
READ MORE
Watch Kalavaibhavam 2K2 Trailers
Trailer 1 Trailer 2
READ MORE

Here is a champion…
Shriram Kannan has done it again! With back to back triumphs! Having won the State Championship last year, he continued his winning streak by emerging as a champion in the State ...
READ MORE
PRIMARY ANNUAL DAY-BALA KALA KAUSHALAM
The gala function of Bala Kala Kaushalam was celebrated on the 23rd February, 2013. Smt. P.Padmapriya Manikandan (Founder and Principal of Sriniketan Fine Arts Society) was the chief guest and ...
READ MORE
School Events
CLASS X – 2011-2012
KALAVAIBHAVAM
FOUNDER’S DAY
Mukund Ram addressing the school
Reading Day Celebrations at School
Sporting spectacle in the heart of the city-
Watch Kalavaibhavam 2K2 Trailers
Here is a champion…
PRIMARY ANNUAL DAY-BALA KALA KAUSHALAM
© 2018 The Hindu School All Rights Reserved
Top